A Village Hall has existed in Antrobus since 1939, after 7 years of fundraising in the Parish to find the £430 needed for a timber construction, built on land that was given to the village, situated opposite the school. 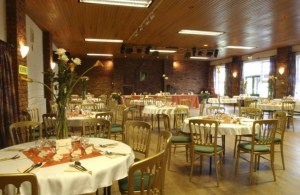 The current hall began in 1976, with more land donated from local farmers and the estimated building cost was £32,000 with the village expecting to get £24,000 in grants.

Fundraising started for the further £8,000 needed with a variety of events including a one day Country Fair when £2,000 was raised.

Shortly after the committee learnt the grants had been withdrawn due to the economic climate. A public meeting was called and it was decided to use volunteer labour to build the new hall and raise the money required. The 1st brick was laid May 1977 and the first function was held in January 1979.

Soon after the adjoining field came up for sale, so the village hall brought it, providing an excellent facility for everyone. In 1984 we added our own bar and cellar with a volunteer bar steward and bar staff, giving up their time to help fund the village hall. 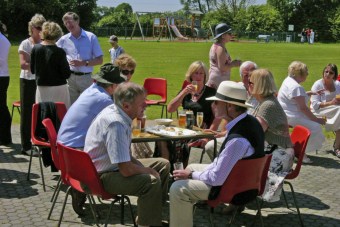 In 1998 with the help of a Millennium grant offering 50% of funding we added a new entrance hall, cloakroom and toilets, including disabled facilities and a multi purpose room for around £100,000. This part of the building was ready January 1999.

Part of the original wooden building was still standing all of this time. It needed to be demolished. So plans started to be hatched – again! We were ‘just adding a bit on.’ Looking at funding opportunities we decided to do it all ourselves – again! Thanks to the ‘Last of the Summer Wine Construction Company’ – 10 local, mostly retired gentlemen who had been around helping when the original main hall was built in the 1970’s, and a fundraising group bringing in of £27,000, we spent a total of £36,000 on a new lounge, an extension to the bar and cellar, more space in our stockroom, more toilets, an office and even more car parking spaces.

At the same time we refurnished our kitchen from a WREN grant, bought new comfortable chairs and ended with a very sophisticated lounge area that anyone would like to have in their own home.

Antrobus Village Hall is used for everything from Wedding Receptions to Mums and Tots club. It is something that the villagers are very proud of and its sheer presence encompasses the feeling of camaraderie around Antrobus.

Of course Antrobus Village Hall is available for hire to villagers and non-residents alike. With easy access from the motorway and “A road” network in Cheshire, it’s a super value-for-money venue for special celebrations, business seminars, local club meetings, private functions and outside events.

Any of the rooms can be hired separately or indeed combined together for larger group activities and party events. Just have a look at our Village Hall Facilities page for more info and a hall floor-plan.